“INAZUMA, that means "Thunder Lightning” in Japanese. Like Thunder lightning, the JCK INAZUMA will flash and shine your kitchen to bring you the joy of cooking with fine cutting performance.

The Gyuto is the Japanese version of the classic Western Chef’s knife. It can be used with a variety of different cutting techniques to achieve a wide range of kitchen tasks and is suitable for cutting the vast majority of meats, fish, vegetables and fruits. The Gyuto is true multi-purpose knife.

We believe quality and performance of Japanese knives are best in the world and hope you enjoy fine craftsmanship and spirits from your new knife. With proper cares, every Japanese knife can be your special cooking partner for long time.

Sent it to my brother! He loves it! 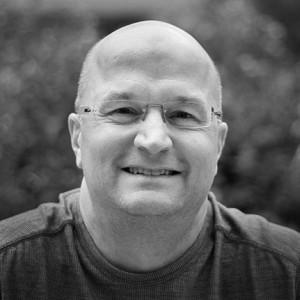 I have a second residence and I decided to keep it simple with a Gyoto and a Petty. Seems great so far, but I’d expect nothing less from Koki and crew.

Poland
I recommend this product

United Kingdom
I recommend this product

I am profession chef. Till now I was using German made knifes from company starting with W and finishing F. I though there is no better knifes around and I was so wrong. This is my first Japanese knife and it's beautiful. Blade is super thin, it's glide and slice though food without any effort. Like for example when you splitting something hard like carrot in a half most of the knifes tend to break carrot at the end because of their blade thickness but this is not the case with this knife. It's like a laser - leaving nice and clean cut. Sharpening does not taking as long as I though it will after hearing that Japanese knifes compare to German knifes are harder to sharpen. It's taking me same time to sharpen Japanese knife till shaving sharpness as it would be with German ones. Also one of the biggest pluses is it's holding it sharpness for a long time again compare to German knifes. I could go around a month without touching knife (maybe few strokes on a steal once a day) and it still would be pretty sharp. So if you are a chef don't think any longer and get for yourself this amazing tool.

Australia
I recommend this product

This is a lovely knife, which is weighted really well for the hand. It is sharp and cuts through all meat and fish very easily and accurately. The delivery time is amazing. This is the second knife I have bought from this website and I am really pleased with both products. Outstanding service!